The slowest cars in all of the time 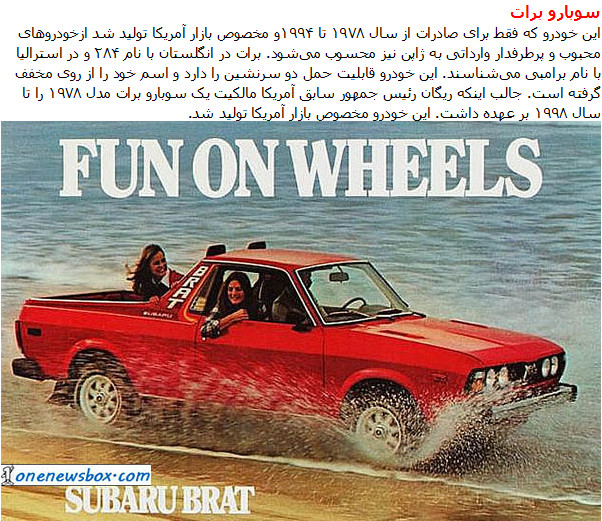 The Subaru BRAT,(outside the United States known as the 284 in the United Kingdom, Brumby in Australia, and Shifter, MV, Targa or MPV in other markets), is a light duty, four-wheel drive coupé utility, sold from 1978 to 1994. It was an export-only model, never being officially sold in Japan. Due to this, the BRAT became a popular grey import vehicle in Japan.