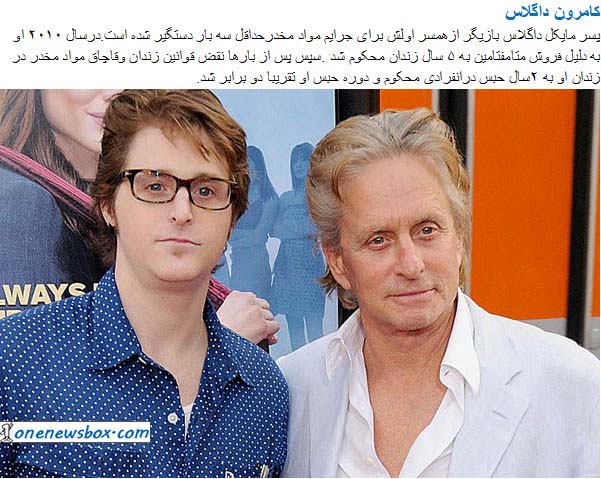 Cameron Douglas, the son of actor Michael Douglas and his former wife Diandra Morrell Douglas has been arrested for drug offenses at least three times. In 2010, he was given a 5 year prison sentence for selling methamphetamine from a high-end Manhattan hotel. After repeatedly violating prison rules by arranging for his lawyer to smuggle him drugs in jail, he was ordered to spend 2 years in solitary confinement and his prison sentence was nearly doubled.