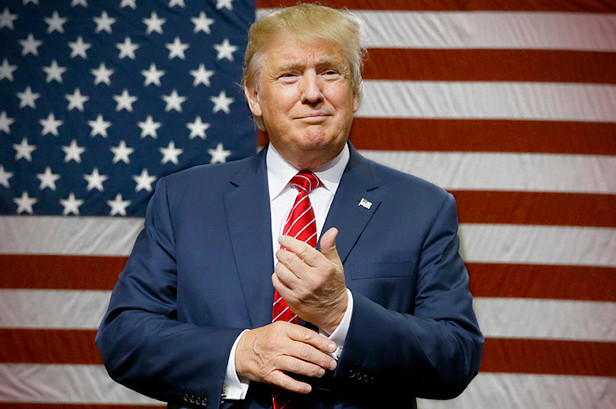 Donald John Trump (born June 14, 1946) is an American businessman, politician, and television personality. He is President-elect of the United States and is scheduled to take office as the 45th President on January 20, 2017.Trump was born and raised in the Queens borough of New York City and received a bachelor’s degree in economics from the Wharton School of the University of Pennsylvania in 1968. In 1971, he took charge of his family’s real estate and construction firm, Elizabeth Trump & Son, which was later renamed The Trump Organization.