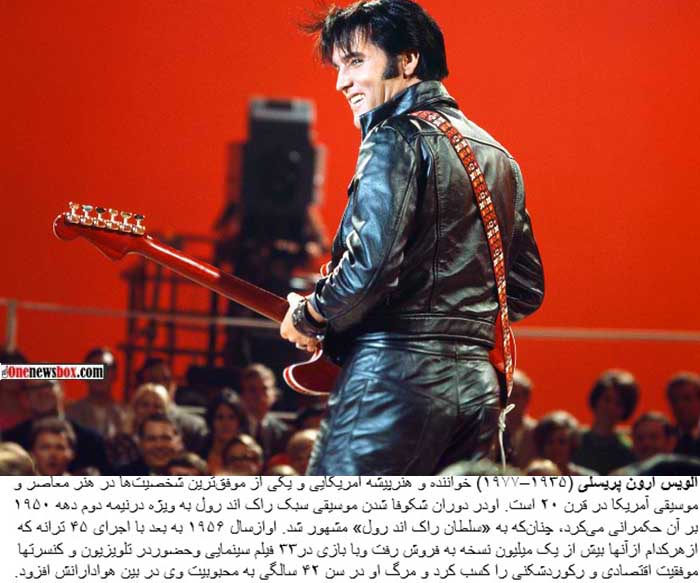 Elvis Aaron Presley (1935 – 1977) was an American singer and actor. Regarded as one of the most significant cultural icons of the 20th century, he is often referred to as the “King of Rock and Roll”, or simply “the King”.Presley was born in Tupelo, Mississippi, and relocated to Memphis, Tennessee with his family when he was 13 years old. His music career began there in 1954, when he recorded a song with producer Sam Phillips at Sun Records.