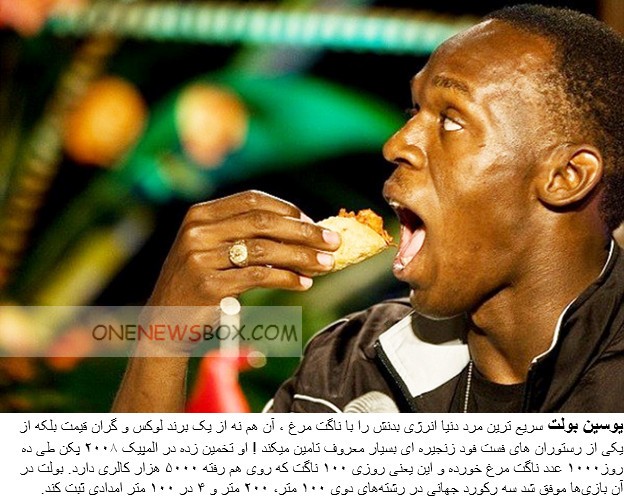 Usain Bolt. The world’s fastest man. What does he power himself with? Swordfish? Antelope hide? Raw, unsaturated electrolytes? Nope. Chicken nuggets. Not even posh ones. Ones from a well-known fast-food franchise, which we won’t name, but at the 2008 Beijing Olympics, (where he smashed three world records), Bolt estimates that he consumed around 1000 chicken nuggets over the course of ten days.