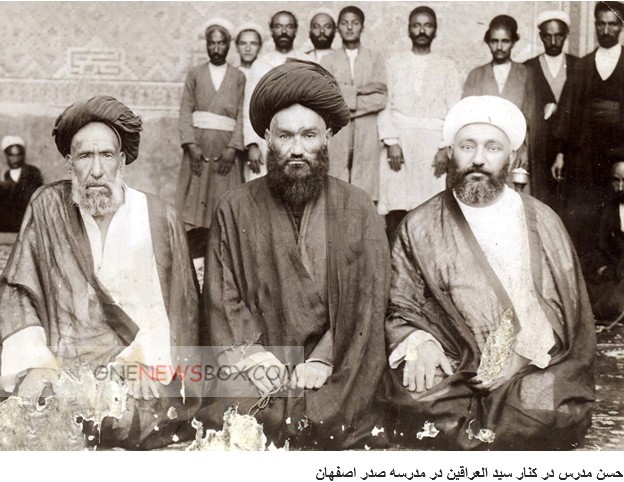 Having studied Islamic sciences in Isfahan and Najaf, Modarres became a religious teacher in an Isfahan’s madrasa. The name Modarres, which means “teacher”, is because of his job there. In 1910, he was chosen by Najaf’s cleric community and sent to capital to supervise the laws passed by the Majlis, to make sure they did not violate the rules of sharia. Later, in 1914, he was elected as a Majlis representative of capital.