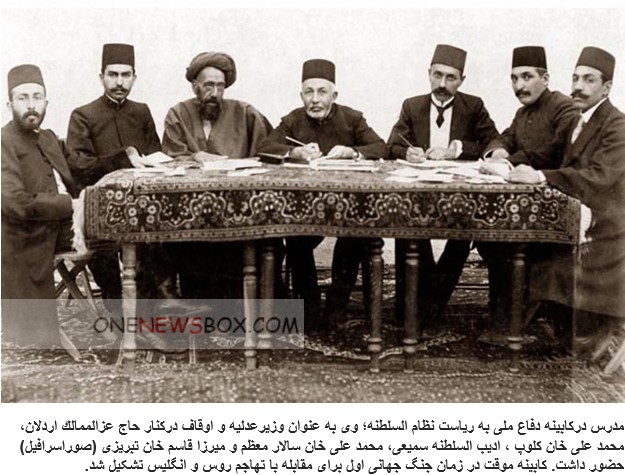 In 1916, during World War I, he migrated to Iraq, Syria, and Turkey together with a handful of other politicians, and served as the Minister of Justice in a cabinet formed in exile by Nezam os-Saltaneh. After returning to homeland, he was elected in the Majlis elections a few more times.