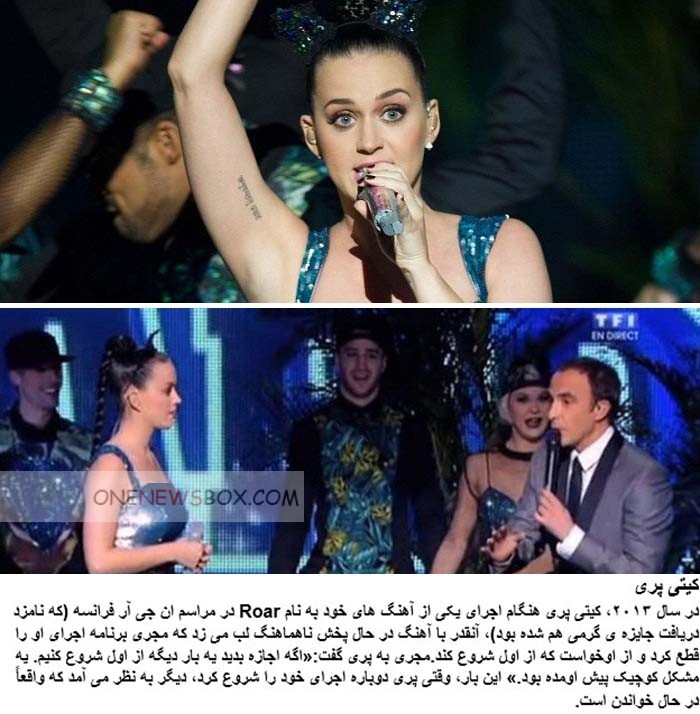 Katy Perry’s performance of her Grammy-nominated song “Roar” at the 2013 NRJ Music Awards in France was so out of sync that the show’s host intervened.When it was clear that the star’s mouth was not matching up with the lyrics on the song’s backing track, t he host stopped the performance and had Perry restart the song.