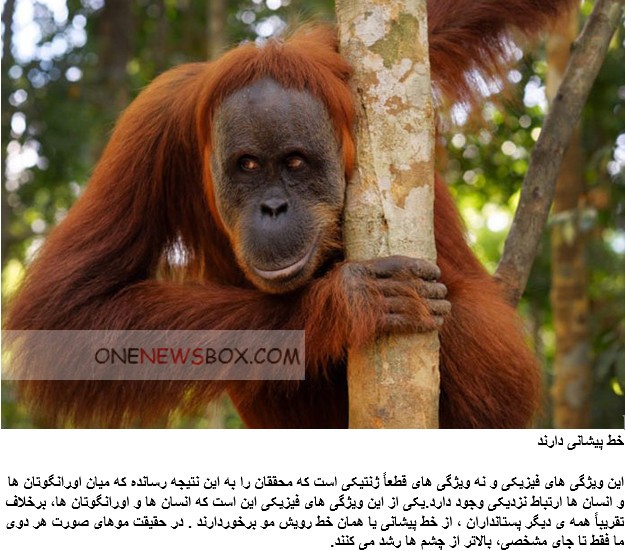 It’s the physical traits, rather than the strictly genetic ones, that researchers say link orangutans so closely to humans. One of those traits: “Humans and orangutans actually have a hairline,” in contrast to virtually all primates, Jeffrey Schwartz, co-author of a paper on the connections between us, told National Geographic.” We both have hair that “comes down to the top of the eyes.”