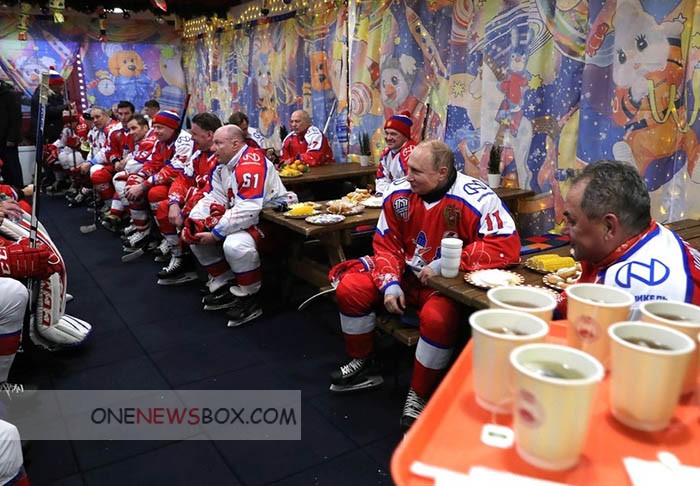 Vladimir Putin took part in the traditional Christmas day ice hockey exhibition match in Red Square and led his side to victory, scoring eight times in an 8-5 victory, according to the Associated Press and Reuters, although the Kremlin match report credited the Russian president with 10 goals in a 14-7 win.