Pictures of Al-Asad base 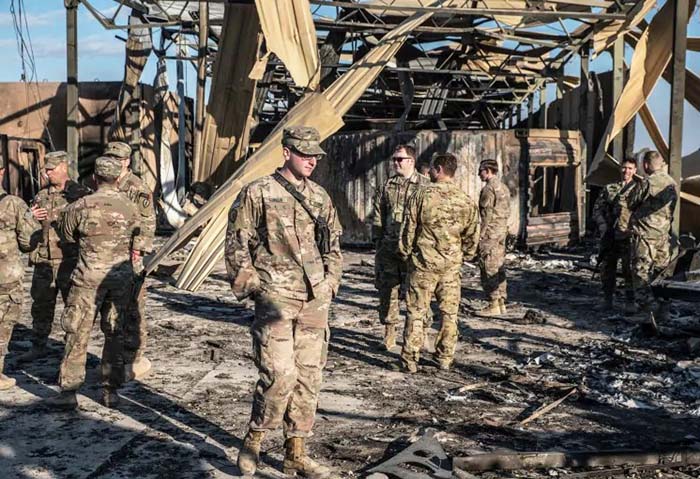 AIN AL-ASAD, Iraq — U.S. troops at the Iraqi military base targeted by persian ballistic missiles last week had only minutes notice before the blasts began, the military personnel there that night said on Monday.On a visit to the sprawling Ain al-Asad air base in the Iraqi province of Anbar, reporters saw deep craters and the crumpled wreckage of living quarters and a helicopter launch site. The attack lasted more than an hour and a half, troops said, with each explosion illuminating the landscape for miles.