Installation Of Frederic Mitterrand At The “Academie Des Beaux-Arts” 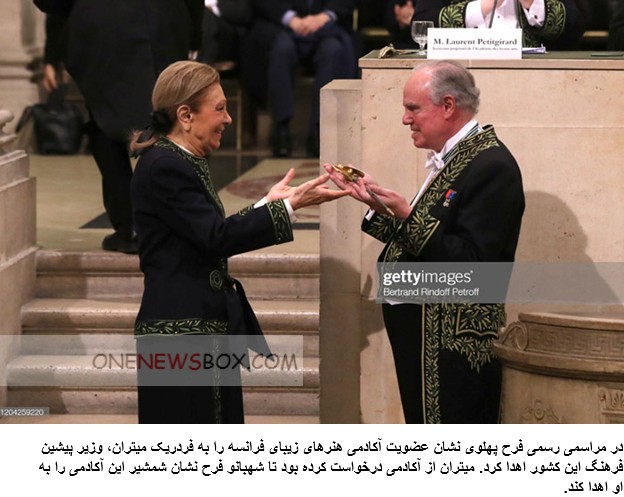 On February 5, 2020, farah diba and Grand Duchess Maria Teresa of Luxembourg attended the Installation of Frederic Mitterrand at The Academy of Fine Arts of the Institute of France in Paris, France. Farah Pahlavi and Karim Aga Khan IV were also present at the event. Grand Duchess Maria Teresa was received as guest of honor by Frédéric Mitterrand in the presence of many personalities from the political, cultural, and economic world. The Academy of Fine Arts (Academie des Beaux-Arts) is one of the five academies of the Institute of France (Institut de France).