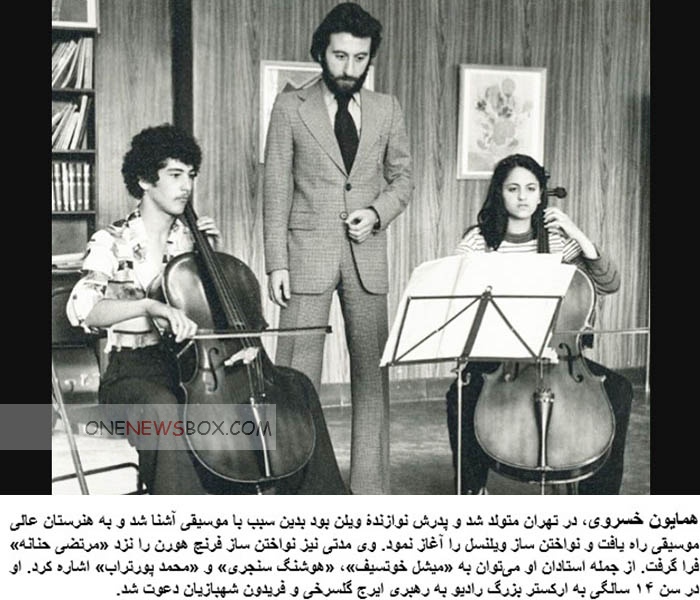 Homayoun Khosravi was born 1953 and was a musician .His father was a violinist, and that’s why he became acquainted with music and entered to the High School of Music, where he began playing the cello. For a while, he learned to play the French instrument with Morteza Hananeh. Among his professors are Michel Khotsiev, Houshang Sanjari and Mohammad Portrab.