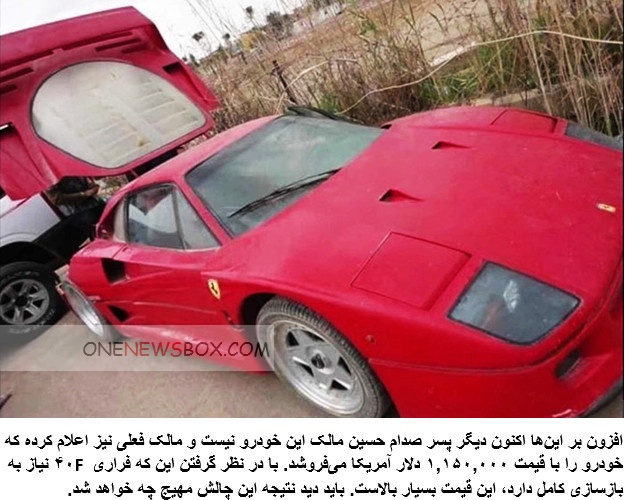 He, like Ratarossa, had narrowed its location to Iraq and flew there to evaluate the Ferrari. As expected, it was covered in sand from bumper to bumper including the engine, whose intercoolers were missing, among other parts. It was in a sad state and, what’s more, it would’ve been a logistical nightmare to move out of Iraq and into the U.K.