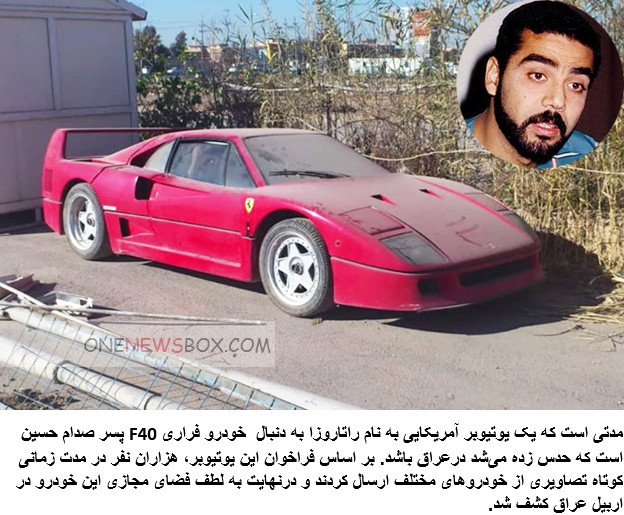 The internet is—at times—a wonderful thing. Right now is one of those times as the once-abandoned Ferrari F40 that formerly belonged to Uday Hussein has been located. YouTube personality Ratarossa had put out a bounty of sorts on the deserted Italian supercar, asking for leads from anyone who might know of its whereabouts so he could, at the very least, make an offer to buy the Prancing Horse supercar.