The most beautiful daughter of Ahmad Shah Qajar 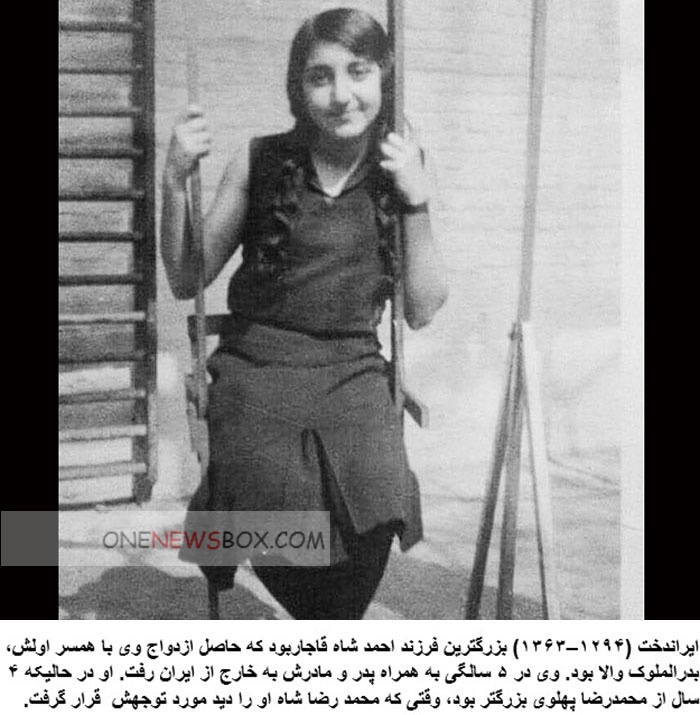 Irandokht was the first child of Ahmad Shah Qajar and Badr al-Molouk.She was princess of Iran and the heir presumptive to the Crown of homeland before leaving the country with her parents when she was 5 years old.While Mohammad Reza Pahlavi was in Switzerland for his education, he saw Irandokht and fell in love with her and told his father, Reza Shah about her. After Irandokht’s arrival in capital, Reza Shah would not allow them to get married. She returned to Europe and got married.