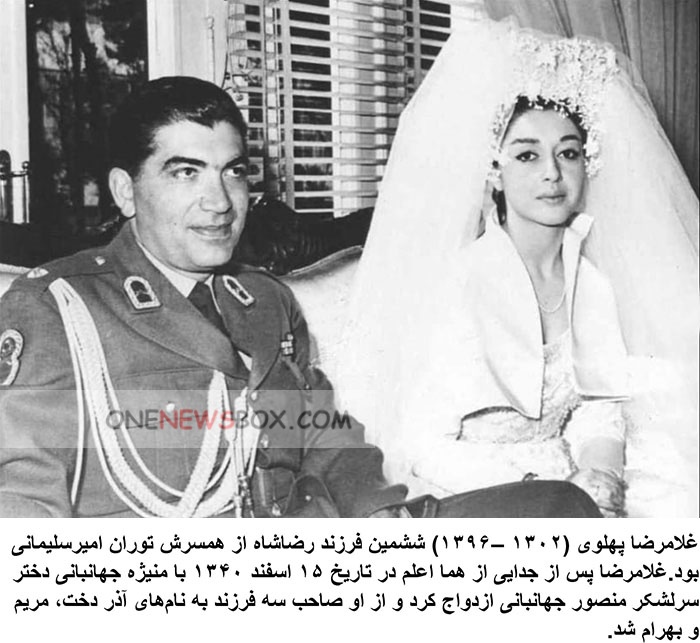 Pahlavi was born on 15 May 1923 in Iran.He was the fifth child and third son of Reza Shah, the founder of the Iranian Pahlavi dynasty.His mother, Turan (Qamar al Molouk) Amirsoleimani, was related to the Qajar dynasty deposed in 1925 in favor of Reza Shah. More specifically, she was the daughter of a Qajar dignitary, Issa Majd al Saltaneh.