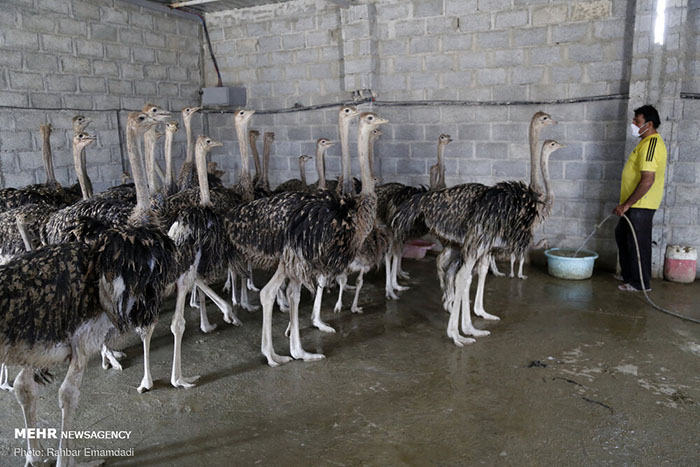 Struthio is a genus of bird in the order Struthioniformes, whose members are the ostriches. There are two living species, the common ostrich and the Somali ostrich.The genus Struthio was first described by Carl Linnaeus in 1758. The genus was used by Linnaeus and other early taxonomists to include the emu, rhea and cassowary, until they each were placed in their own genera. The Somali ostrich (Struthio molybdophanes) has recently become recognized as a separate species by most authorities, while others are still reviewing the evidence.