The beauties of Amin Al-Sultan mansion according to the image 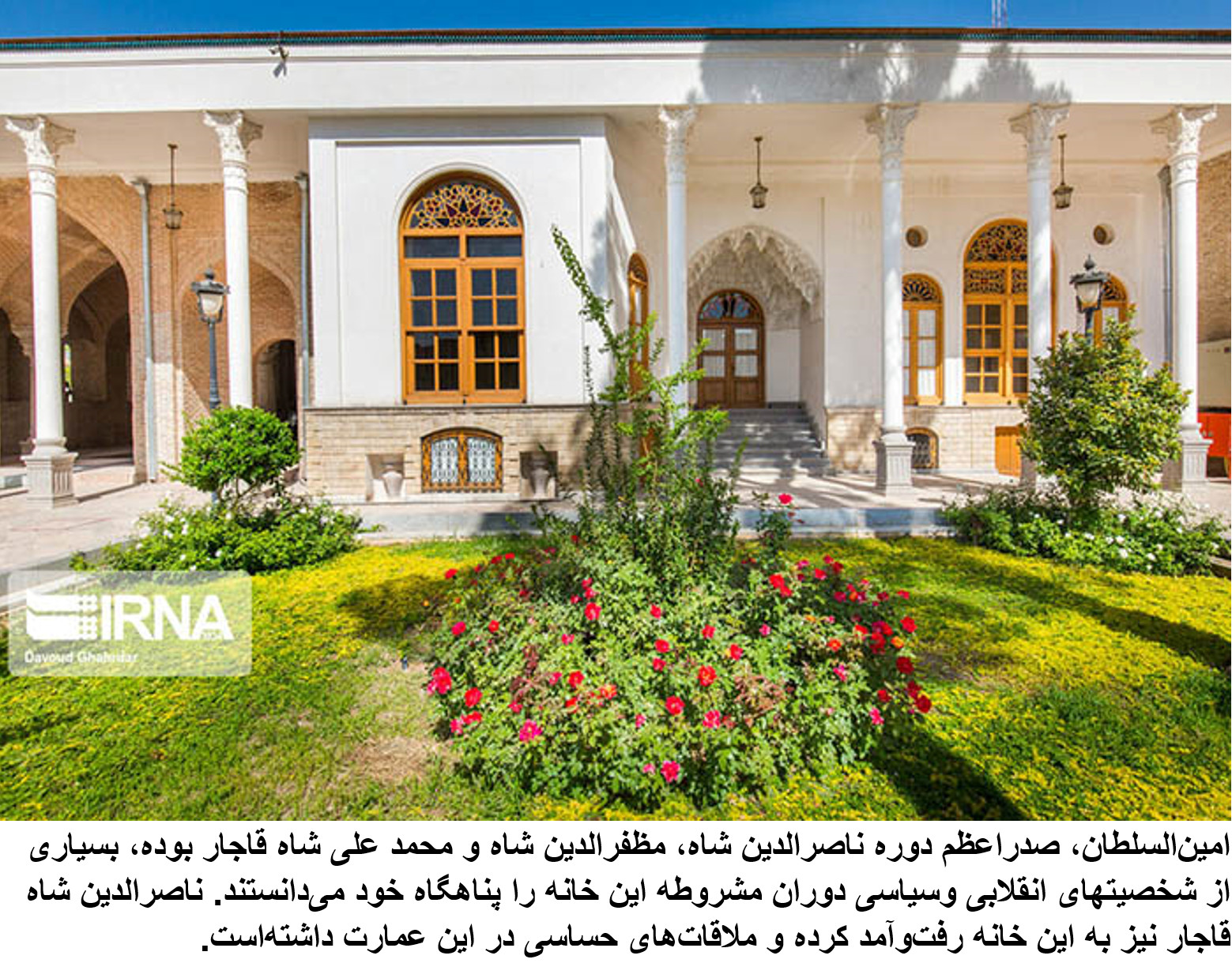 It was also conferred upon the unpopular Solṭān ʿAbd-al-Maǰīd Mīrzā ynAyn-al-dawla who, however, is not known by this title. While Amīr-e Kabīr’s short tenure as chief minister (1848-51) is generally reckoned by Iranians as a major achievement towards reform and progress interrupted by his untimely death, Amīn-al-solṭān’s long career has been generally considered as the main cause of the evils befalling Iran in late Qajar period. Controversies remain regarding his family origins, his political career, and circumstances surrounding his assassination.