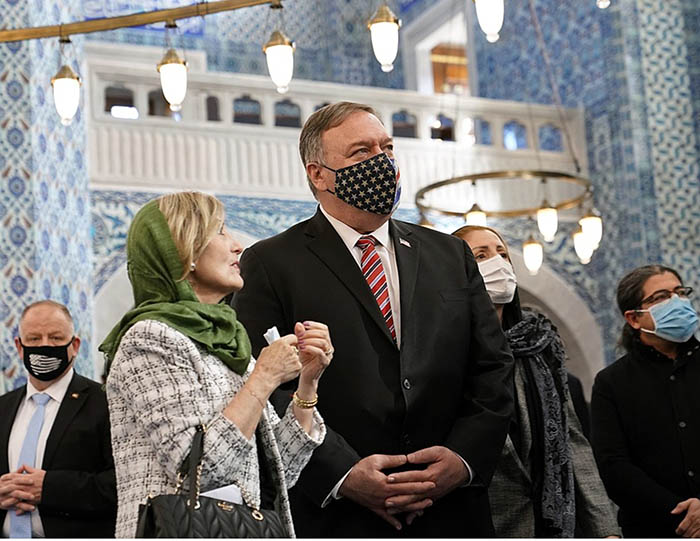 Later on during the trip, the Secretary of State will also tour Israeli settlements on the West Bank, in a first for any American diplomat, who heretofore have avoided such areas.The Secretary was accompanied by his wife, Susan, who wore a facemask at all times in public and donned a headscarf during their tour of the Rustem Pasha mosque.