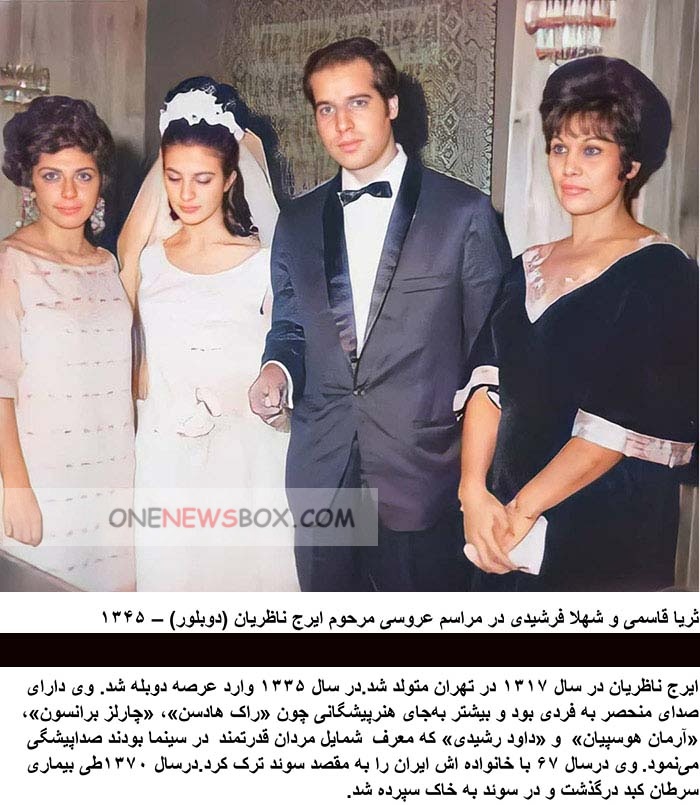 Iraj Nazerian (1935– 1991 in Sweden) was a dubber who is known for Persian voice-dubbing foreign films. He is known for dubbing over Orson Welles role as Charles Foster Kane from Citizen Kane and has also dubbed over some of Marlon Brando, Charles Bronson, Gene Hackman, Toshiro Mifune and Lino Ventura’s voice roles in films they starred in. He has also dubbed over Davoud Rashidi’s role as Six-fingered Mofatesh from the Hezar Dastan.