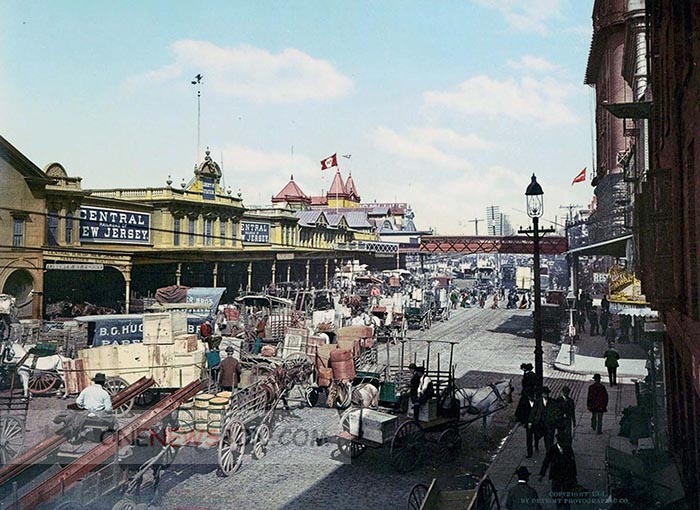 These amazing photochrom postcards of New York City were procured by the Detroit Publishing Company and offer a spectacular view of the Big Apple in natural colors.In 1898, the modern City of New York was formed with the consolidation of Brooklyn (until then a separate city), the County of New York (which then included parts of the Bronx), the County of Richmond, and the western portion of the County of Queens.