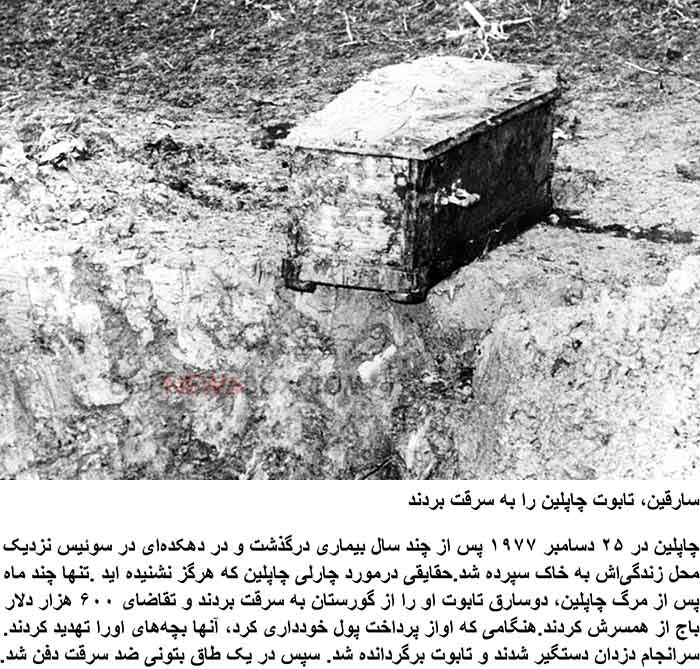 Among the film industry’s tributes, director René Clair wrote, “He was a monument of the cinema, of all countries and all times … the most beautiful gift the cinema made to us.” Actor Bob Hope declared, “We were lucky to have lived in his time.”On 1 March 1978, Chaplin’s coffin was dug up and stolen from its grave by Roman Wardas and Gantcho Ganev. The body was held for ransom in an attempt to extort money from his widow, Oona Chaplin.