Raheem Chamran who is son of Dr Chamran 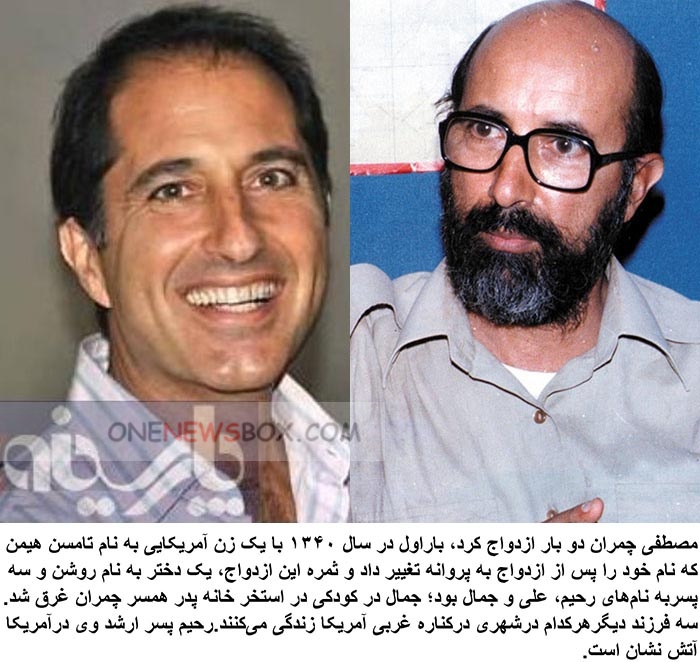 Chamran was married to Tamsen Heiman, an American Muslim, in 1961. They had one daughter Roushan and three sons Ali, Jamal and Rahim. Jamal drowned during childhood and the rest of them live in the US. After migrating to Lebanon, due to the difficulties they were facing, Tamsen left Chamran in 1973 and went back to the US. She died in 2009.