Fathali Oveisi in the picture frame 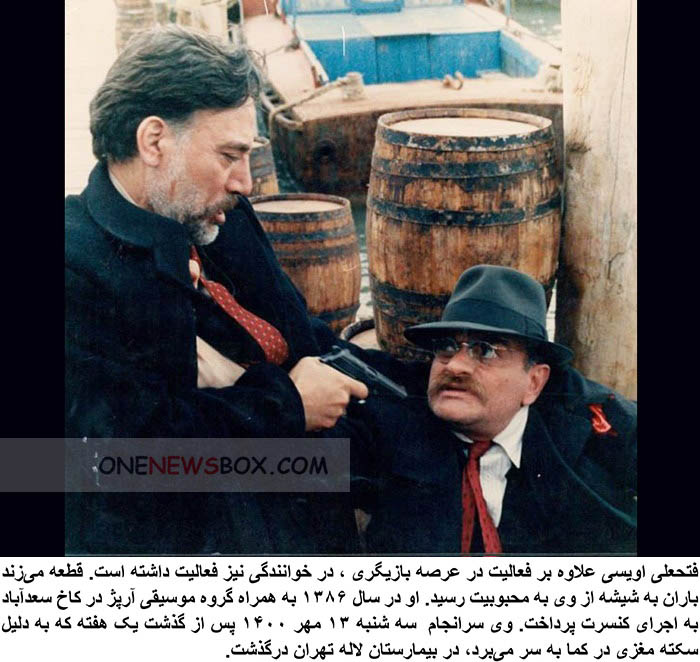 Theaters were opened beginning in 1903 by Mirza Ibrahim Sahafbashi. The first film school was opened in 1930 by Russian-Armenian immigrant Ovanes Ohanian, who had studied at The School of Cinematic Art in Moscow. He started his first cinema school 1924 after arriving in Calcutta, India: after facing many difficulties he decided to move to homeland to start the first cinema school in capital where he created the first full-length Iranian silent film called Haji Agha, the Cinema Actor and his second movie Abi and Rabi.