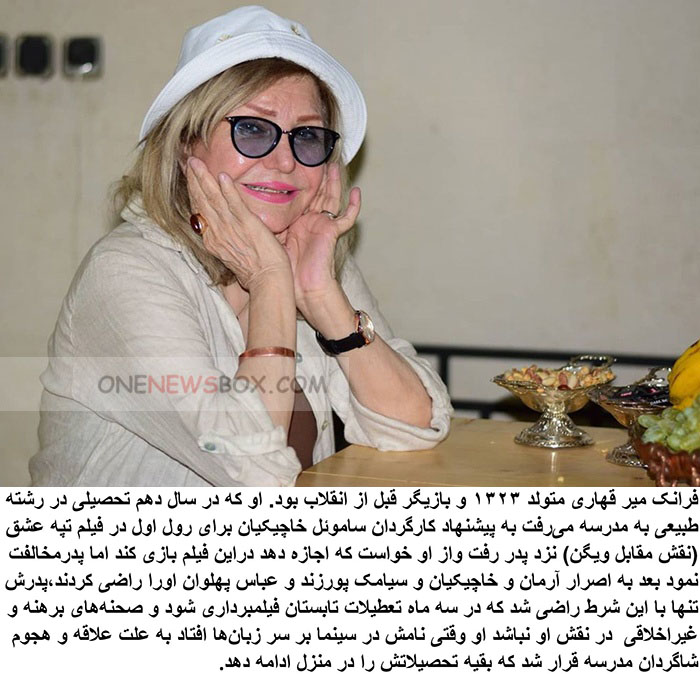 Faranak Mirghahhari is an actress, known for Marde do chehre (1968), Little Hero (1967) and Two Humans (1966).Neither the fact that a number of key moments in persian cinema made it onto this illustrious list, nor the particular films that were selected, is surprising. One might suggest any number of other great works that could have appeared, but no one can question the importance of these four, nor the towering presence of Kiarostami among world-class film-makers.