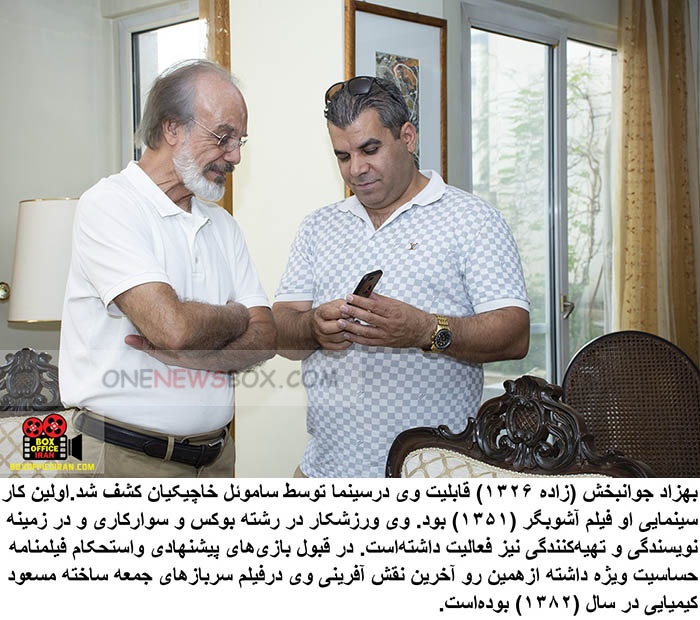 His ability and talent in acting in cinema was first discovered by Samuel Khachikian. His first film was “Agitator” (1972). He has been an athlete in boxing and equestrian, and has also written and produced. From the beginning, he was particularly sensitive to accepting the proposed games and the strength of the script. Therefore, his last role was in the movie “Friday Soldiers” (2004) made by Masoud Kimiaei.