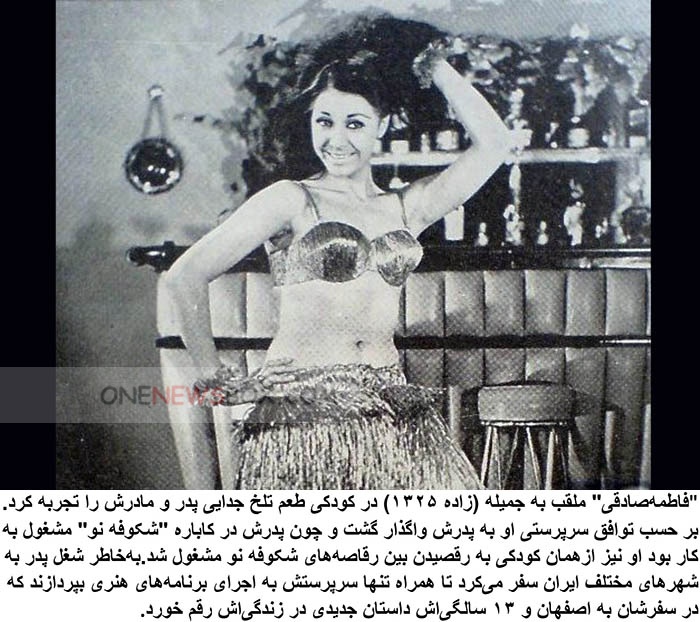 Fatemeh Sadeghi (born 26 October 1946), better known by her stage name Jamileh , is a actress, cabaret performer, and dancer. She is responsible for popularizing a version of the belly dance in homeland, and was reportedly the highest-paid cabaret actor of persian origin in 1974. She has also performed acting and dancing roles in many films of the 1960s and 1970s.