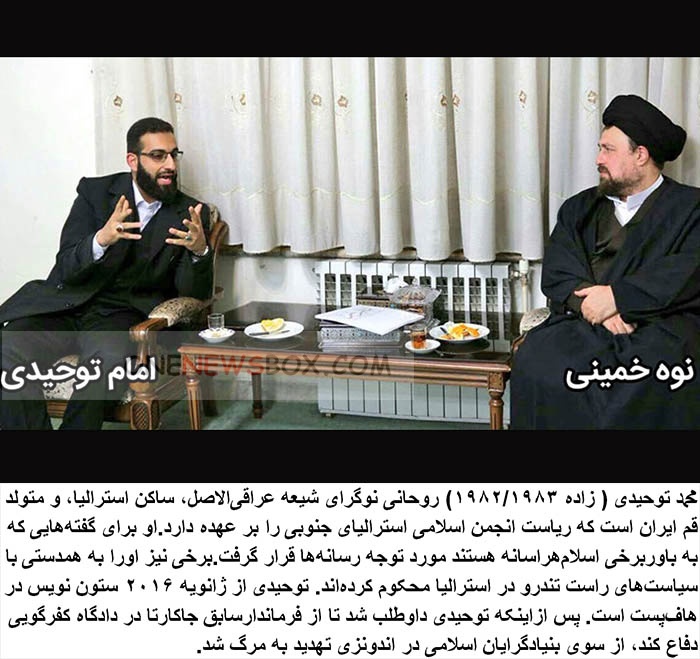 Tawhidi self-identifies as a Shia Muslim of Iraqi origin who was born in Qom, in 1982 or 1983.In 2009, he enrolled for a bachelor’s degree in Islamic studies at Al-Mustafa University in Qom, but dropped out in 2012. He later worked for one of the Shirazi-run television stations in Karbala. In 2015, he returned to Australia, and is currently based in Adelaide.He is fluent in Arabic, English, and Persian.