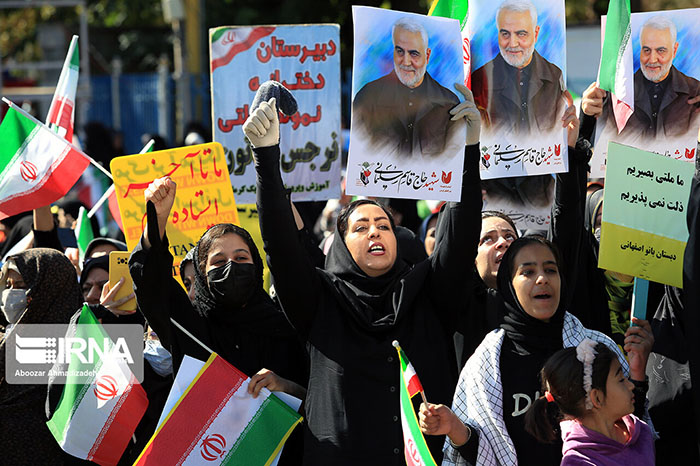 IRNA – Ebrahim Raisi commemorated the anniversary of Aban 13, the National Student Day and the Day of Fight against Global Arrogance on Friday and said that the US plays the leading role in fanning the flames of wars and causing bloodshed worldwide.Addressing the participants of National Student Day rallies, which is the anniversary of the takeover of the former US Embassy in Iran, President Raisi underscored that today is the day to fight global arrogance.Raisi added that arrogance is egoism and selfishness.