Pierce brosnan and his boys 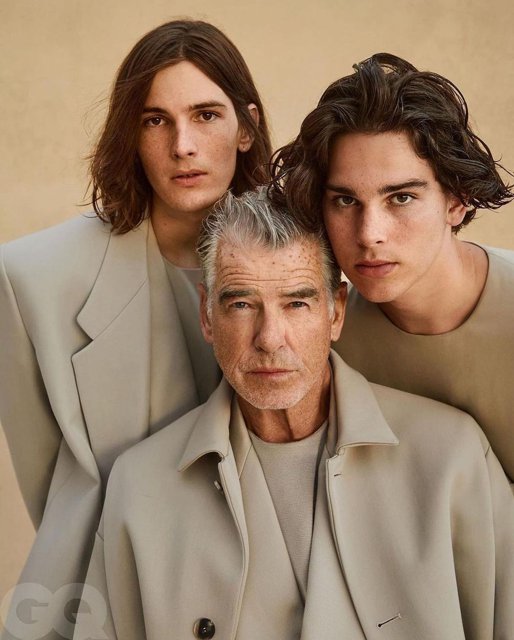 Pierce Brosnan’s sons have learned a lot from their dad. The three men appear in a feature for GQ, where the young Brosnans talk about growing up with the 007 star as their dad. Dylan, 25, and Paris, 21, grew up at the height of their father’s fame and recall that through it all, he taught them a lot about “preparation, passion, confidence, showing up on time.” Dylan shares the most important lesson he’s learned from his Golden Globe nominated father, “Don’t be afraid to make fun of yourself.” As kids, the two grew up on film sets and the family home in Kauai, Hawaii, before settling in Los Angeles during their teen years.