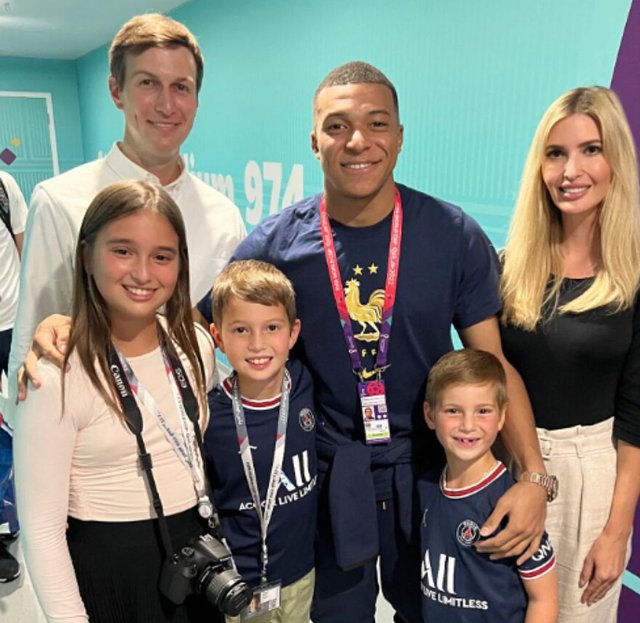 Ivanka Trump and her husband Jared Kushner rubbed shoulders with Qatari Prime Minister Khalid bin Khalifa bin Abdulaziz Al Thani on Thursday as they soaked up the international soccer madness. The former first daughter joined her husband and their three children — Arabella, 11, Joseph, 9, and Theodore, 6 — at the Lusail Stadium to watch Brazil take down Serbia in the early stages of the World Cup tournament. Ivanka and Jared, who both served as senior advisors to former President Trump, were spotted mingling with politicians and Middle Eastern businessmen throughout the match. At one point, Trump’s eldest daughter — who revealed earlier this month she was done with politics and would play no part in her dad’s 2024 presidential campaign — was pictured engaging with the Qatari prime minister.