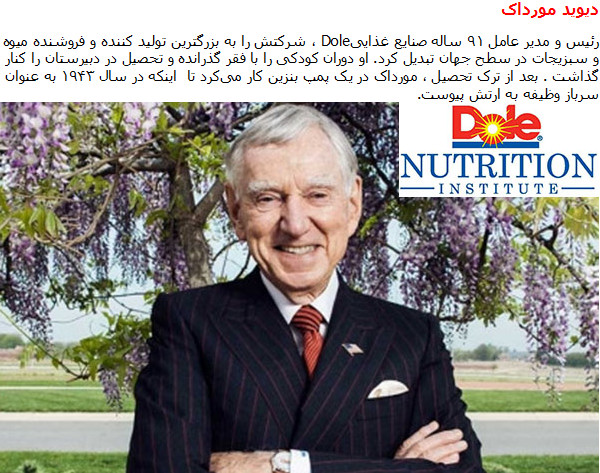 Murdock, the 91-year-old chairman and CEO of Dole Foods, turned the company into the world’s largest producer and marketer of fruits and vegetables. He’s worth an estimated $US2.9 billion today, according to Forbes, but he grew up poor and dropped out of high school in the ninth grade.After quitting school, Murdock worked at a gas station until he was drafted into the Army in 1943, Forbes reports.