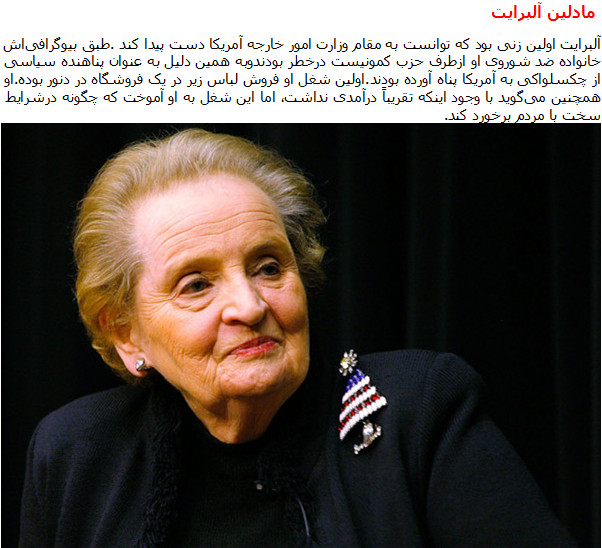 Albright became the first female secretary of state, serving under President Bill Clinton. She made it into the US as a political refugee from Czechoslovakia, since her anti-Soviet family was in danger from her country’s communist party, according to Bio.She got her first job selling bras at a department store in Denver, she tells Forbes, and adds that she probably made next to nothing but learned how to deal with people in difficult situations.