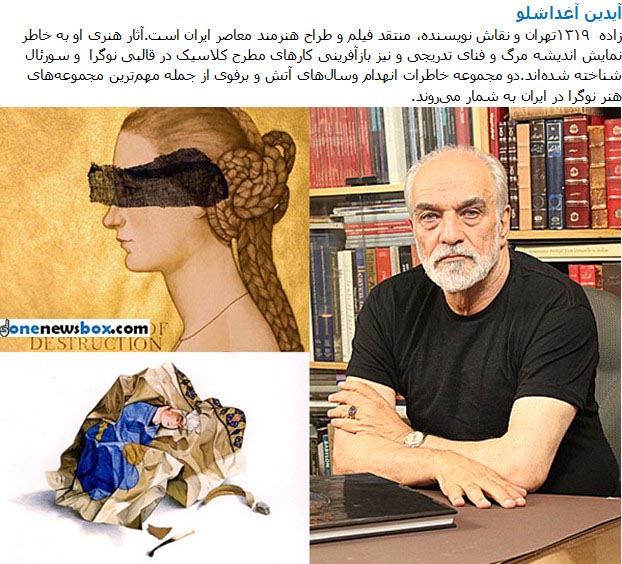 He was born 1940, is an painter, author, art critic, art historian and graphic designer.Early in his career, Aghdashloo took great interest in the Renaissance and Sandro Botticelli’s paintings in particular. He even used to test his own skills by copying Botticelli’s works to the last detail. His admiration for Renaissance paintings lead to the creation of his “Memories of Destruction” series in the early 1970s which became his most celebrated and famous series. In these series Aghdashloo depicts destruction of identity and beauty by painting a complete Renaissance masterpiece and then partially destroy or deface it.