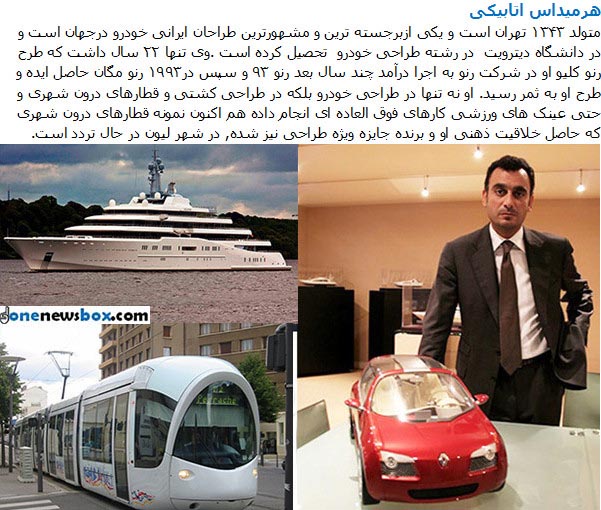 He was born 1343. When he was ten he studied in Razi high school and then he and his parents with his brother went to France.When he was 22 he designed the (Kalikow)of Renault .After some years he designed 92 and93 Megan Renault .he has been in Renault Company for 6 years.He wants to work for himself so he goes to America but his culture isn’t matched with cultural of America so he has return to Franch.