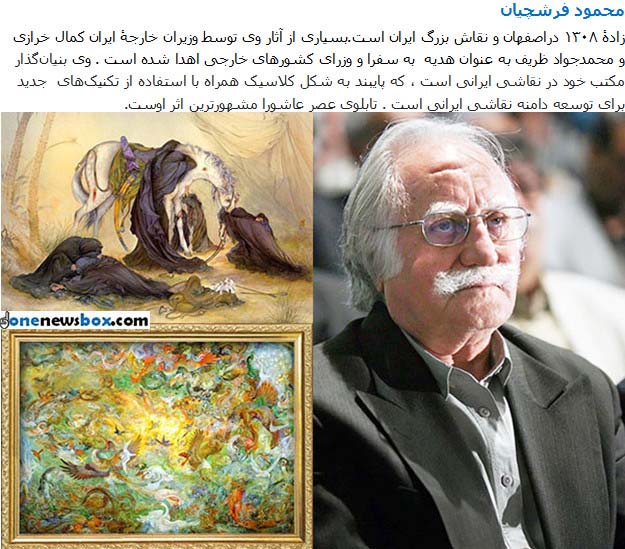 He was born 1930, is a master of Persian painting and miniatures.it was here where he started to learn art, painting and sculpting.His masterpieces have been hosted by several museums and exhibitions worldwide.He’s the most modernizer of the field of miniatures, an art form which was first established in Ancient Persia and later spread to China and Turkey and other Middle eastern countries.Farshchian’s work “Shams and Rumi,” has been inspired by one of Rumi’s poems. Special colors have been used in the painting to feature the mystical and spiritual relationship that existed between Shams and Rumi. The painting took two months to complete in the U.S. and was unveiled at the Farshchian Art and Cultural Complex in Isfahan on August 2, 2007.