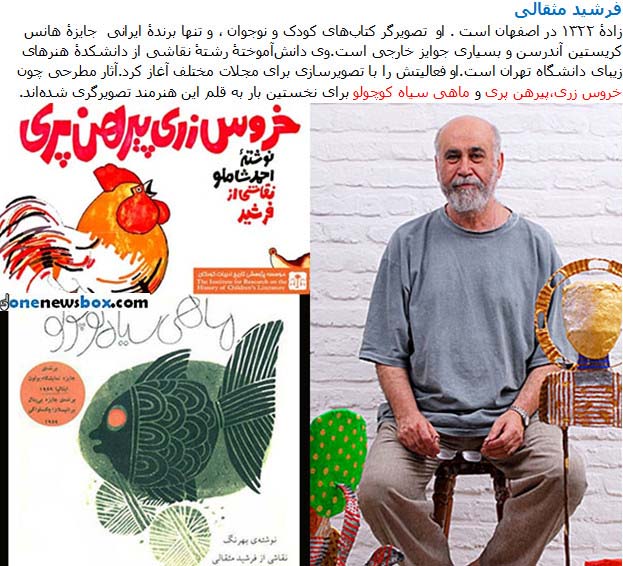 He was born 1943, is an animator, graphic designer, illustrator, and writer who has lived in the United States since 1986. He received the international Hans Christian Andersen Medal in 1974 for his “lasting contribution” as an children’s illustrator.Studying painting at Tehran University, he began his professional career as a graphic designer and illustrator in 1964.The biennial Hans Christian Andersen Award conferred by the International Board on Books for Young People is the highest recognition available to a writer or illustrator of children’s books. Mesghali received the illustration award in 1974.