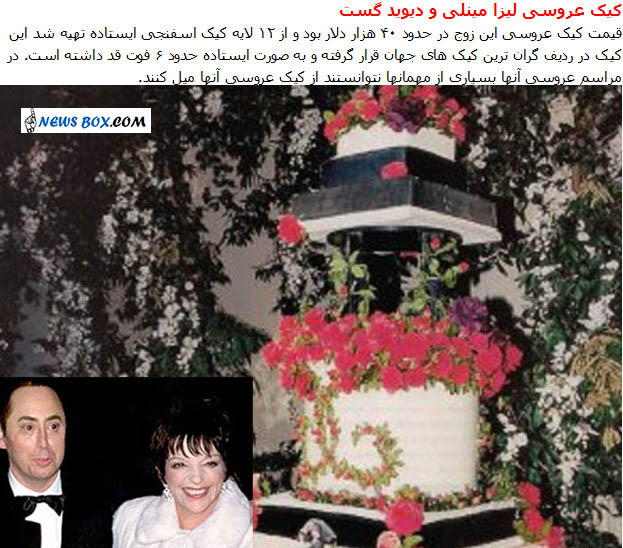 In 2012, Liza Minnelli shocked the world when she married producer David Gest. It was a short-lived marriage (only lasting a little over a year and a half), but the wedding was a colossal extravaganza. For someone who had Michael Jackson and Elizabeth Taylor in their wedding party, how could anyone expect anything less? Liza spared no expense; and the cake was no exception.This was Liza’s fourth marriage; but it didn’t stop her from spending $40,000 on a wedding cake that was almost twelve feet high. Liza and newly married husband, David are barely seen in the photograph of the couple cutting the red, white and black cake that was almost as unusual as the newlyweds, themselves.