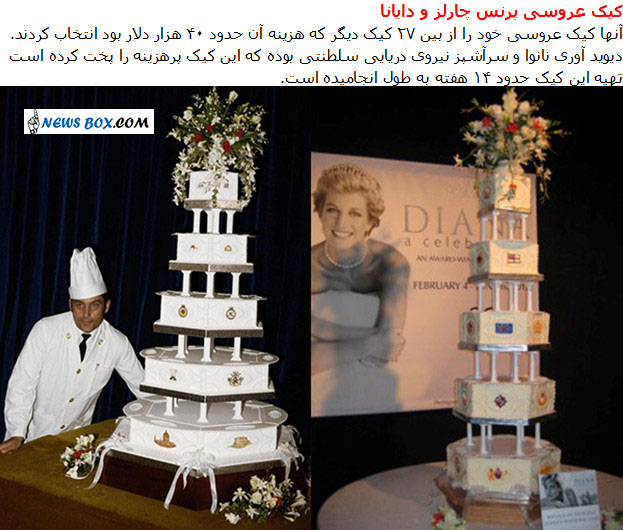 In 1981, Diana Frances Spencer (A.K.A. Lady Diana Spencer) married the Duke of Cornwall, also known as The Duke of Rothesay, who also went by the title, Prince Charles. This made Lady Diana Spencer Princess Diana of Wales, or Princess Di, as everyone had called her. She was the most photographed woman in the world, up until her death in 1997; and was loved around the world. The wedding was televised and watched by millions, as her 25-foot train followed her down the aisle. Her wedding cake was said to have cost $40,000 almost 35 years ago, and the few slices that were preserved are now being auctioned for nearly $2000 a piece.