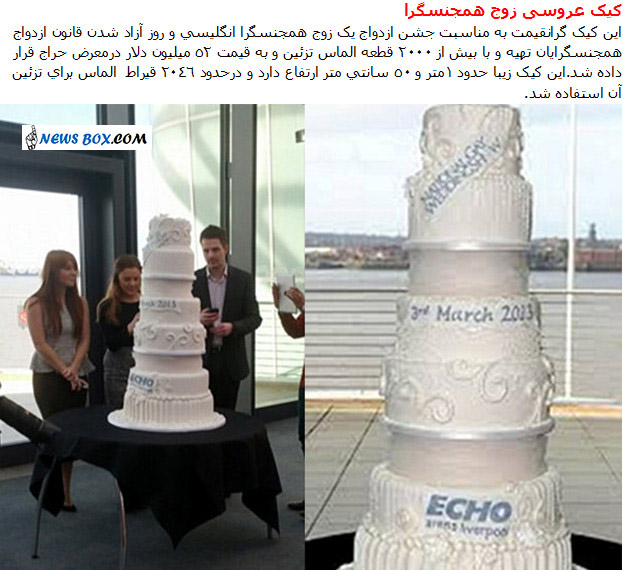 In the month of March, 2013, the National Gay Wedding Show in Liverpool hired the bakery CAKE, to design a cake specifically for the event. The cake had eight layers, was almost five feet tall, and had over 2000 diamonds included in the cake, itself. The designers were highly interested in creating this for such a special event, and ended up breaking a record while they did it. The cake was estimated to be worth an incredible 52 million dollars, in U.S. currency.