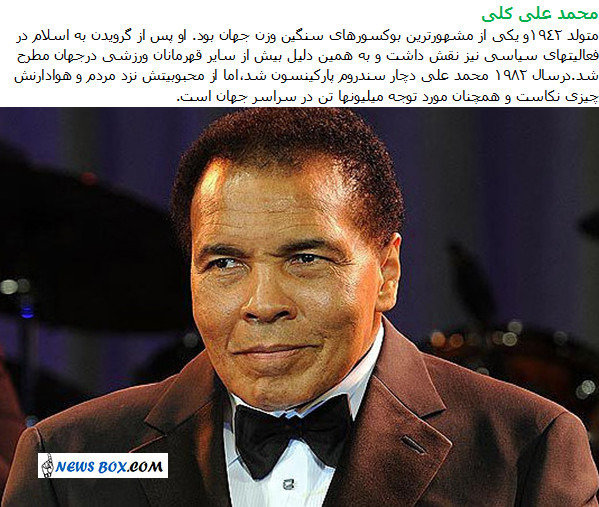 He was born 1942 is an American former professional boxer, generally considered among the greatest heavyweights in the history of the sport. The former champion boxer Muhammad Ali was diagnosed with Parkinson’s in 1984 at the age of 42, and is one of the most high-profile people battling the condition. His brain injury could have been caused from repeated blows to the head.