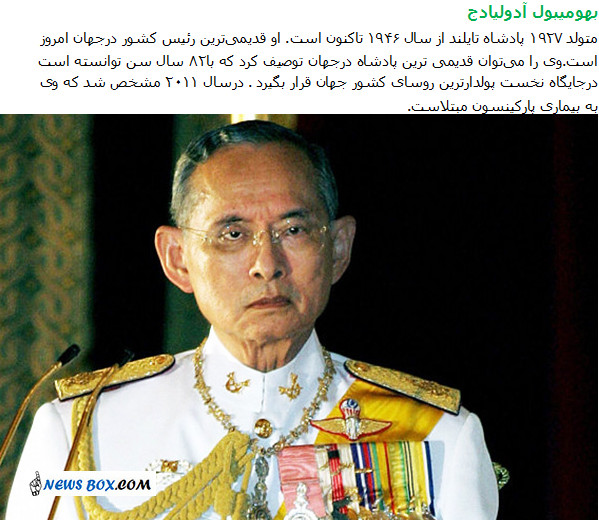 He was born 1927 is the King of Thailand. He is also known as Rama IX, as he is the ninth monarch of the Chakri Dynasty.Bhumibol was again admitted to hospital in September 2009, apparently suffering from flu and pneumonia. In 2011, it was revealed as part of WikiLeaks’s leak of United States diplomatic cables that Bhumibol had suffered from Parkinson’s disease and depression.Bhumibol was diagnosed with diverticulitis in hospital in November 2011, and was treated for the condition in January 2012.