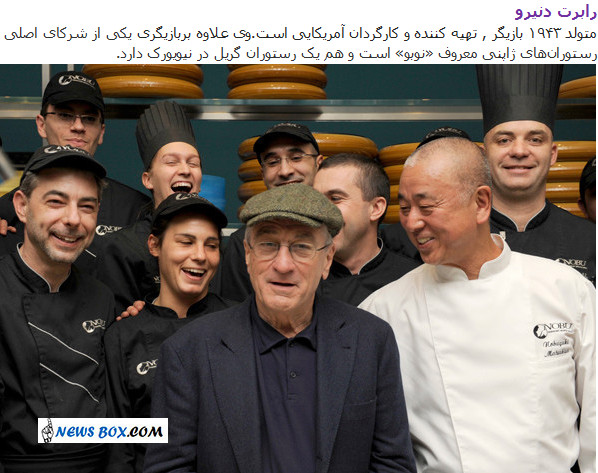 He was born 1943 is an American actor and producer who has starred in over 90 filmsHe has taken over TriBeCa. Not only did he help start the neighborhood’s highly successful eponymous film festival, the New York City native has also acquired many of its high-end restaurants. He already has Nobu, TriBeCa Grill, and Locanda Verde under his belt, and word is, he’s always looking to expand his eatery portfolio. Oh, and he’s got stake in the Greenwich Hotel, he’s a hotelier, too.