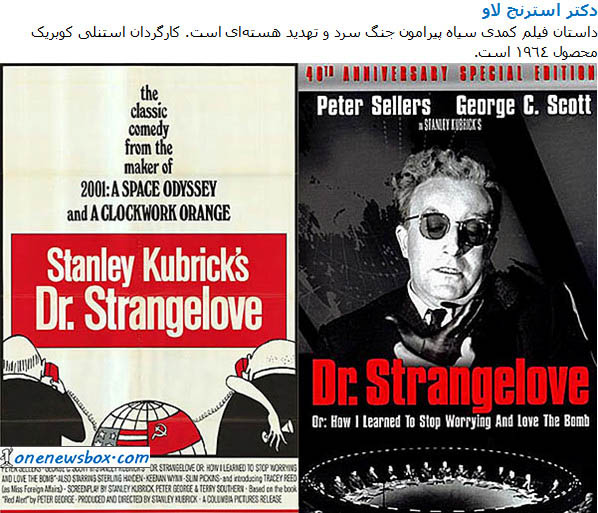 Dr. Strangelove or: How I Learned to Stop Worrying and Love the Bomb, more commonly known as Dr. Strangelove, is a 1964 political satire black comedy film that satirizes the Cold War fears of a nuclear conflict between the USSR and the US. The film was directed, produced, and co-written by Stanley Kubrick, stars Peter Sellers and George C. Scott, and features Sterling Hayden, Keenan Wynn, and Slim Pickens.