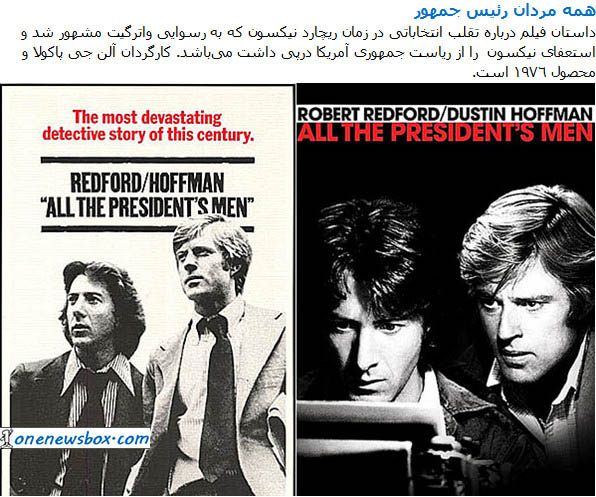 2. All the President’s Men

All the President’s Men is a 1976 American political thriller film directed by Alan J. Pakula. The screenplay by William Goldman is based on the 1974 non-fiction book of the same name by Carl Bernstein and Bob Woodward, the two journalists investigating the Watergate scandal for The Washington Post.