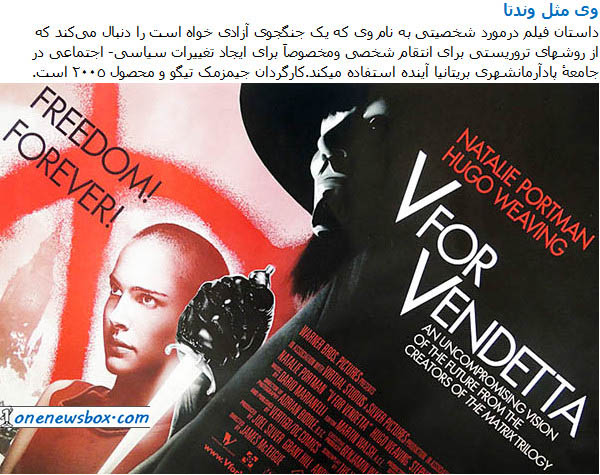 V for Vendetta is a 2006 dystopian political thriller film directed by James McTeigue and written by the The Wachowski Brothers, based on the 1988 Vertigo Comics limited series of the same name by Alan Moore and David Lloyd. The film is set in an alternate future where a neo-fascist regime has subjugated the United Kingdom.