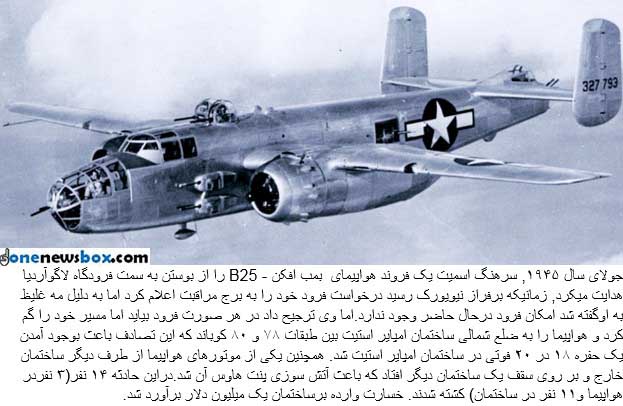 A United States military plane crashes into the Empire State Building on this day in 1945, killing 14 people. The freak accident was caused by heavy fog.The B-25 Mitchell bomber, with two pilots and one passenger aboard, was flying from New Bedford, Massachusetts, to LaGuardia Airport in New York City. As it came into the metropolitan area on that Saturday morning, the fog was particularly thick. Air-traffic controllers instructed the plane to fly to Newark Airport instead.An 18 foot by 20 foot hole was left in the side of the Empire State Building. Though its structural integrity was not affected, the crash did cause nearly $1 million in damages, about $10.5 million in today’s money.