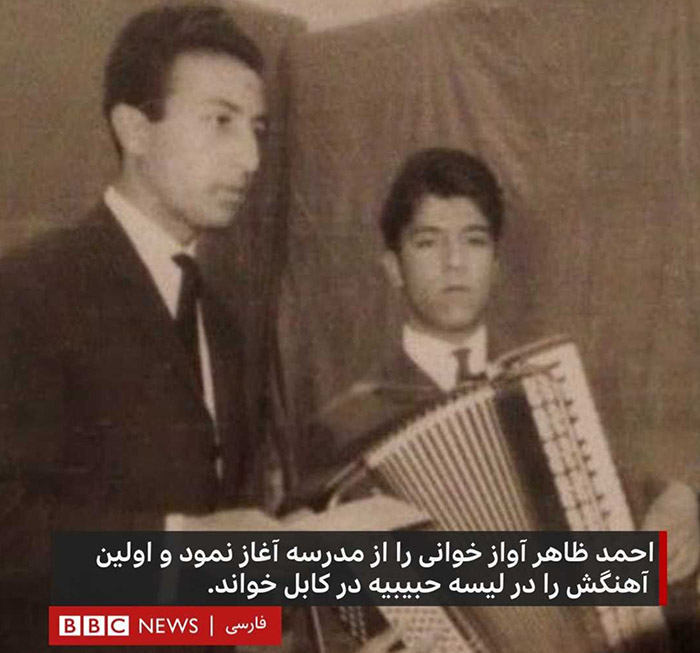 Ahmad Zahir was born on 14 June 1946 (Jauza 24, 1325 of the Jalali calendar) in Kabul to an ethnic Pashtun family. His father, Abdul Zahir, was a royal court doctor who served as Minister of Health and Prime Minister of Afghanistan between 1971 and 1972. He was a speaker of the parliament and an influential figure who helped write the 1964 Constitution of Afghanistan under Mohammed Zahir Shah.