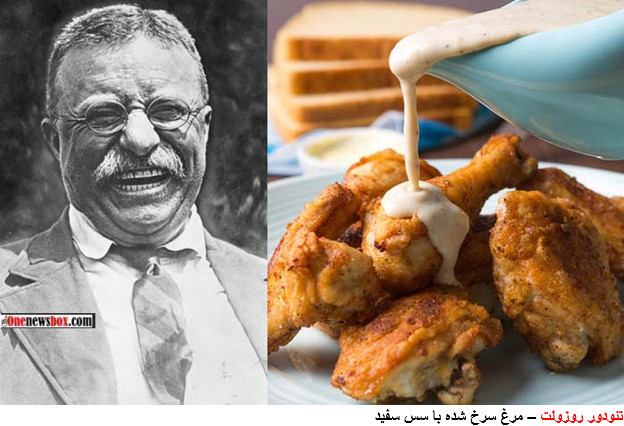 Fried chicken covered with white gravy was a favorite White House meal of Teddy Roosevelt’s. “The President said that his mother had always said it was the only way to serve fried chicken; that it gave the gravy time to soak into the meat, and that if the gravy was served separately he never took it,” writes historian Edmund Morris in Theodore Rex, the second book of a three-volume chronicle of Roosevelt’s life.